During 2022 Signatur Foundation Sweden has supported a collaboration between Sexton Strängar and Centrumskolan in Växjö.

Strings of togetherness and joy

Sexton Strängar was formed in 2013 and has over the years enjoyed many delightful musical adventures with children and adults around Sweden. As classically trained musicians, the quartet takes its cue from classical music, but then journeys through many different styles and genres.

The group began its career playing performances for children, with the vision that children should experience a high-quality concert first-hand so that they feel included and involved. This vision has been the basis for concerts and performances ever since – whether for children or adults.

In the project with Signatur Foundation Sweden and Centrumskolan, the aim was to inspire and engage those children who participate in the string groups run by Kulturskolan at Centrumskolan. Sexton Strängar worked with the children during class time, playing instruments and developing theatrical expression. For example, when talking about emotions, the group could play a happy or sad piece of music or pluck strings for an angry emotion.  Students also learned how to make the right stage entrance and to appreciate applause. The songs were taken partly from Sexton Strängar’s repertoire, but mainly from the music already explored in class.

Hello Feelings with years 1 and 2

In addition, Sexton Strängar implemented the “Hello Feelings” programme with all pupils in years 1 and year 2.  The musicians visited classes in pairs and worked with music and emotions.  For example, the musicians could ask “What do you feel when you hear this music?” They conducted exercises where the children reflected on the meaning and influence of classical music. Teaching guides with further exercises were provided in order for the programme to continue independently.

The project finale was a concert performance with Sexton Strängar for all classes where the string students were invited on stage and perform their songs together in front of their classmates.

Sexton Strängar performed at the Araby Folk Festival, playing with the string students. Parents and siblings had the opportunity to see what they have been working on during the project.

The main goal of the project was to give the children a wonderful experience of what it is like to play music, and to make them feel that they can do it and that they enjoy it. They have also been able to feel pride and a sense of belonging standing and performing alongside professional musicians.

In May 2022, the local newspaper Växjöbladet/Kronobergaren published an article about the project: 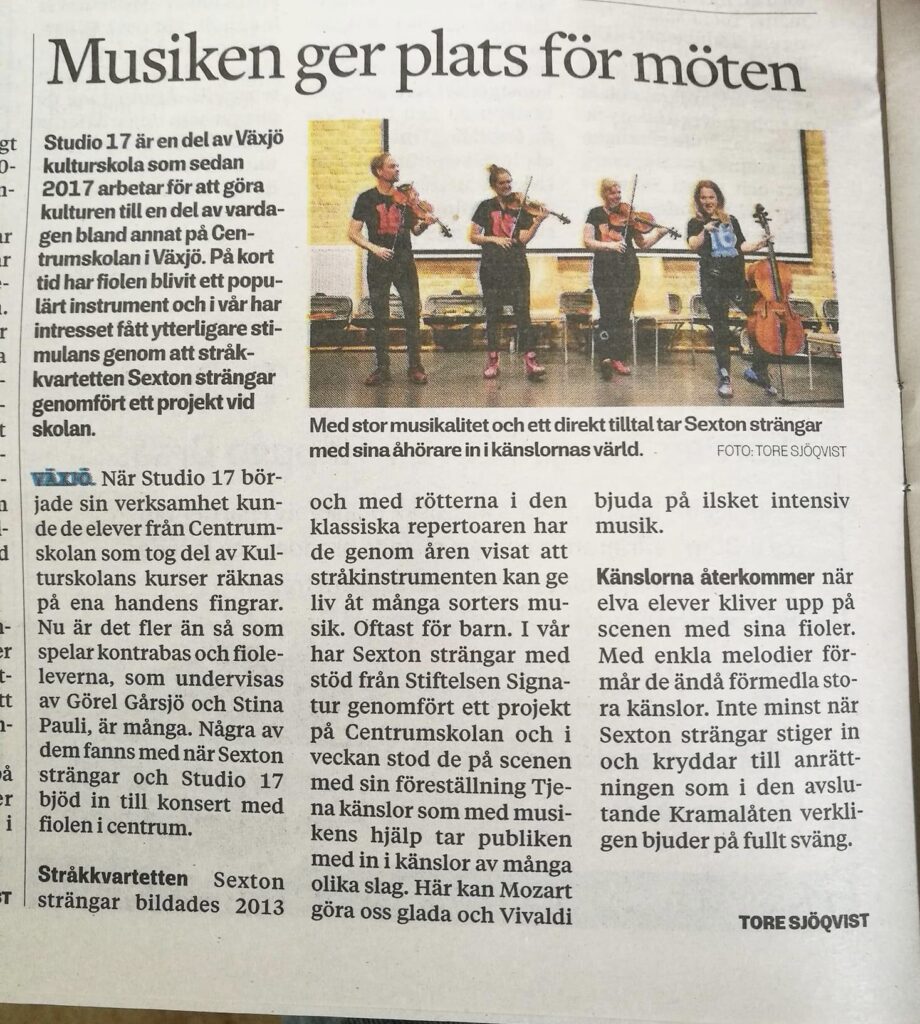 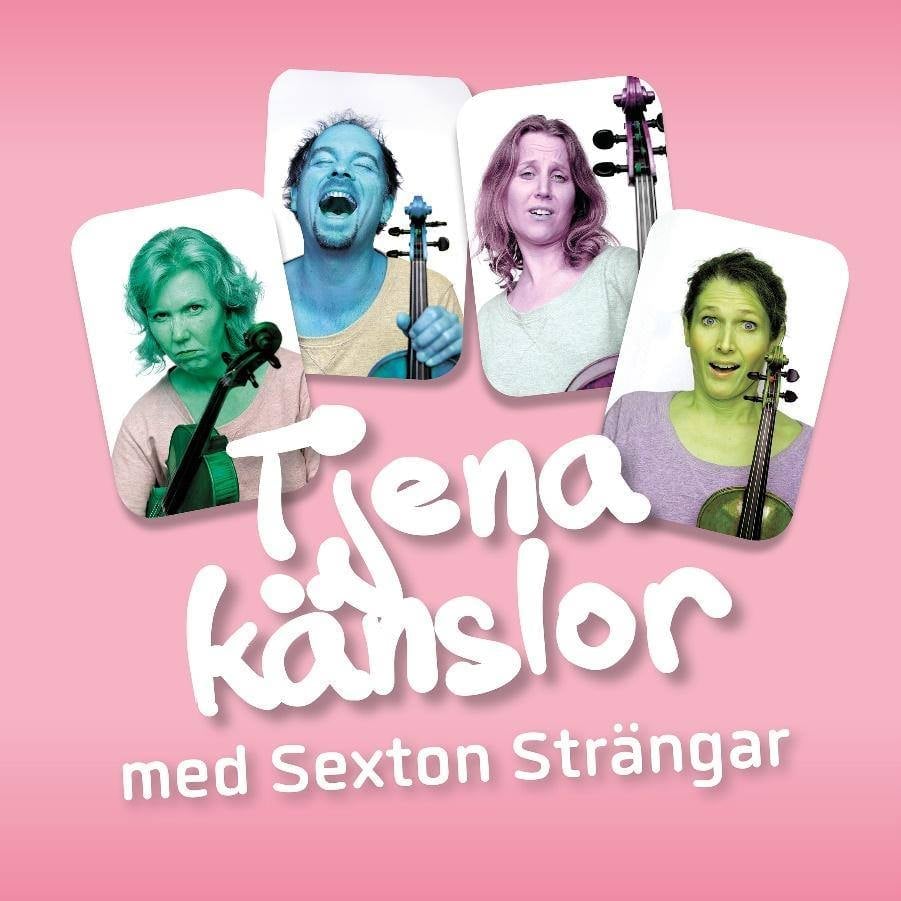 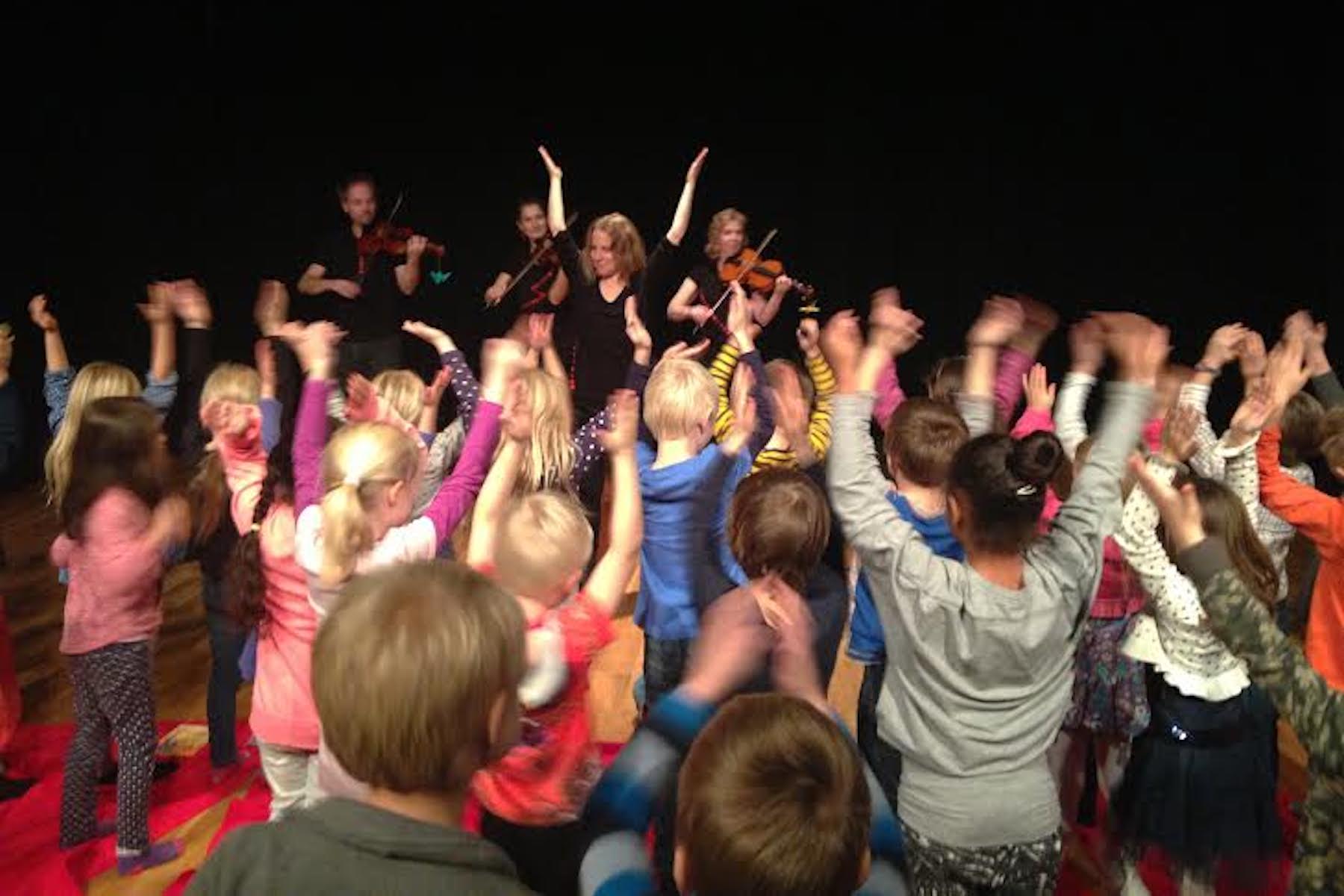