Stockholm Nu was a one-day jazz festival that took place on 27 May 2022. The entire jazz festival revolved around Ron Carter – one of the most influential and important jazz musicians of all time. It was organised by FRIM (Föreningen För Fri Improviserad Musik) at and in collaboration with Liljevalch’s art gallery.

Ron Carter is one of the most unique, prolific and influential double bass players in the history of jazz music, playing on more than 2,200 recordings, a fact that was recognized in the 2015 edition of the Guinness Book of World Records. He has recorded with Tommy Flanagan, Gil Evans, Lena Horne, Bill Evans, B.B. King, the Kronos Quartet, Dexter Gordon, Wes Montgomery, Bobby Timmons, Jaki Byard, Eric Dolphy and Cannonball Adderley, among others.

Between 1963 and 1968, he played in Miles Davis’ acclaimed quintet. He has been named Outstanding Bassist of the Decade by Detroit News, Jazz Bassist of the Year by Downbeat magazine and Most Valuable Player by the National Academy of Recording Arts and Sciences. Ron Carter has received two Grammys, one for Best Jazz Instrumental Group in 1993 and the other in 1998 for Call Sheet Blues from the film Round Midnight.

During Stockholm Nu, the Swedish ensemble STHLM svaga performed the piece Desert lament composed for them by Ron Carter. They also played the piece Never Sound More! by Roscoe Mitchell and premiered a new piece composed by the important tenor saxophonist Archie Shepp.

Goran Kajfeš Tropiques started in 2011, when they played a show with the legendary dance group Wind Witches. Over the years, the quartet has developed a distinctive, hypnotic, minimalist jazz music and their two albums Ensoand Into the Wild have been internationally acclaimed. In 2020, they worked on new music together with cellist Leo Svensson Sander and violinist Josefin Runsteen, and it is this sextet that performed during Stockholm Nu.

The evening ended with Ron Carter as guest of the Swedish big band STHLM starka. Together they played Ron Carter’s original compositions arranged for big band. The music has previously been recorded together with the German big band WDR Big Band on the album My Personal Songbook. STHLM starka is a large band created especially for this project. It consists of some of the most prominent and established as well as young, promising Swedish jazz musicians today.

Stockholm Nu would not be possible without the support of Signatur Foundation Sweden. It is also hoped that Stockholm Nu will be able to continue its collaboration with Liljevalchs with a view to establishing a monthly concert series with jazz music of international standard. At the same time, it will be a meeting place for young Swedish jazz musician students and one of the first places for them to hold concerts on their way to becoming professional musicians.

Stockholm Nu is implemented with the support of Signatur Foundation Sweden, Musikverket, Kulturrådet and Region Stockholm.

FRIM (Föreningen För Fri Improviserad Musik) has been working since 1976 to promote improvised music in the Stockholm region. Over the years, FRIM has organised concerts, workshops, festivals and seminars and collaborates with a number of other associations and organisations in Stockholm and internationally. FRIM has been running a monthly concert series at Fylkingen since 2017, and a record label, FRIM Records, since 2021. 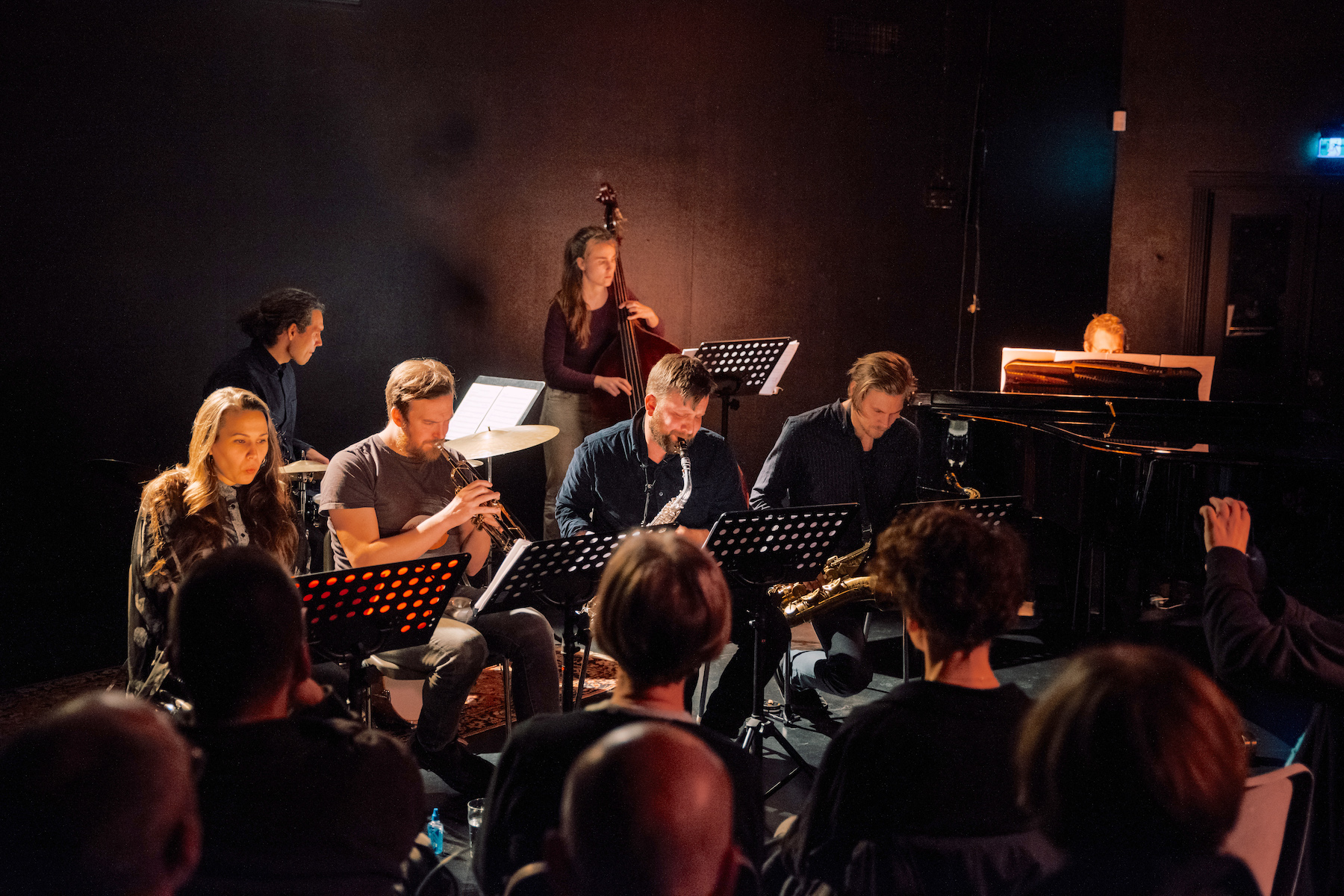