An oasis where the atmosphere is relaxed but the musical experience is exciting and explosive.  Tchaikovsky’s greatest symphony, a Kurdish world star, Philip Glass’s foremost symphonic work and one of Sweden’s greatest multi-artists.  And all accompanied by the Symphony Orchestra, consisting of 80 hand-picked top young musicians.

August 16-17 , Gränslandet – A Symphonic Festival took over Trädgården for the third consecutive year.  The programme presented a riotous mix of classical works, modern art music and pop. In the late summer heat, the area under Skanstull Bridge was transformed into an exuberant cultural bonanza and harvest festival.  For two days and two nights the audience was invited into an ensemble of culinary experiences, art, socialising and top-class music. During the late evenings and nights, the festival turned into a unique club atmosphere where the audience could dance to the best electro dance music or settle into one of the smaller, more intimate rooms to listen to chamber music until the early hours of the morning.

Gränslandet’s Symphony Orchestra, which is the pride and core of the festival, presented, under the direction of conductor Christian Karlsen, everything from Tchaikovsky’s great 4th Symphony, Philip Glass’s epic 6th symphony Plutonian Ode to Lili Boulanger’s last orchestral work and Revueltas’s musical description of how to kill a snake.  Together with 2019 year’s artists, the Kurdish world star Ciwan Haco and the Swedish multi-artist and singer Mariam the Believer, performed their pop songs in a way we have never heard before.  At midnight both nights, pianist David Huang lead the audience in an oasis of silence as he performs Bach’s Goldberg Variations during two unique silent concerts in collaboration with Yamaha.

The founders of the Gränslandet Symphonic Festival are pianist David Huang, conductor Christian Karlsen and venue operators Trädgården (under the direction of Johanna Beckman).  The festival was produced by ALMA in partnership with Bohm Bohm Room.  The project was implemented with support from Signatur Foundation Sweden, the Swedish Arts Council and the Yamaha Piano Center in Sweden.

For more about Gränslandet – A Symphonic Festival, click here

At midnight on both evenings during Gränslandet – A Symphonic Festival 2019, pianist David Huang invited the audience to an oasis of calm as he performed Bach’s Goldberg Variations during two unique silent concerts. 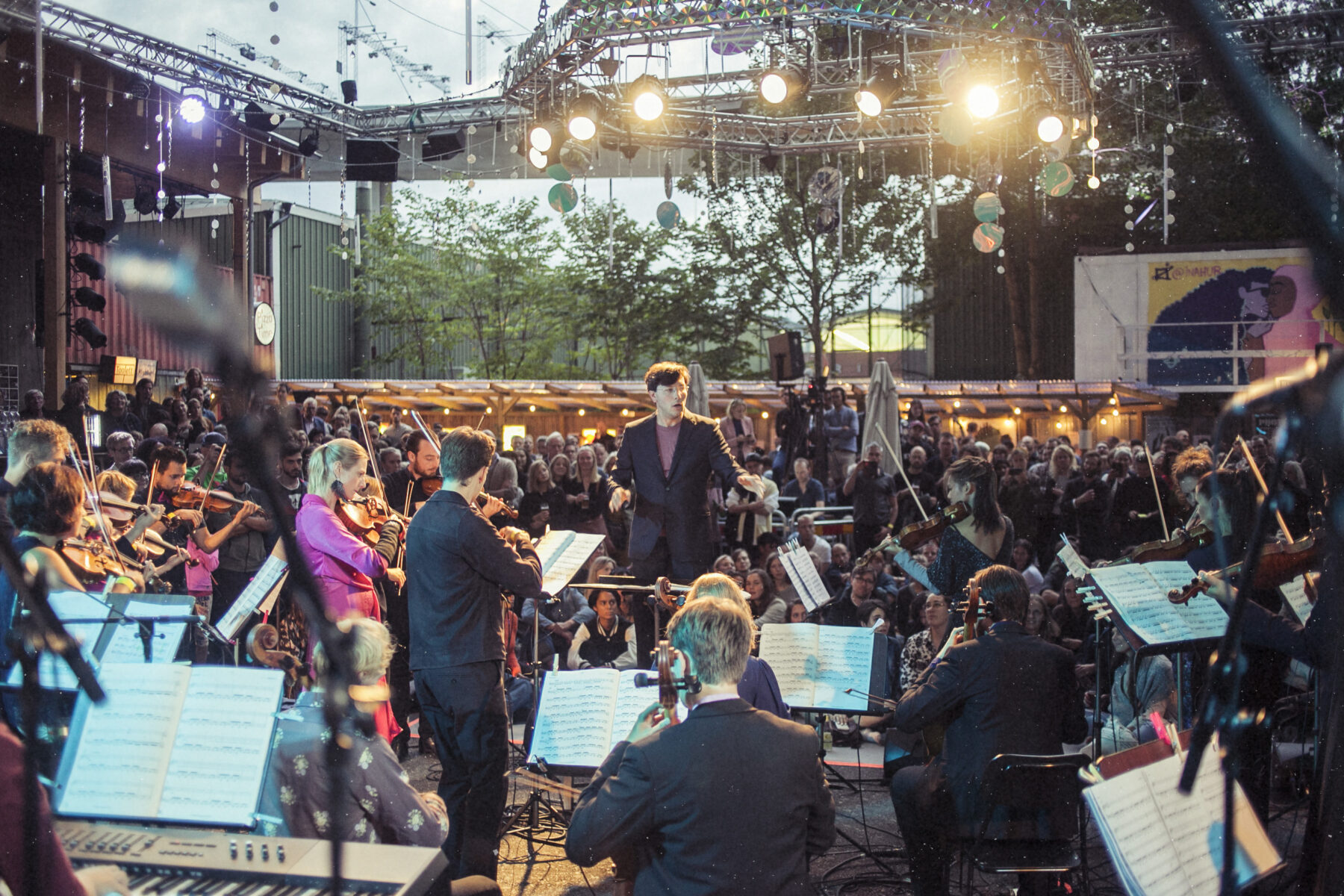